Naropa is a mystic and artist. When he was 13, he spontaneously came into an enlightenment experience.
“The world opened up, showed its liveliness, coherence and brilliance and a blissful intensity.”
This imprint was not forgotten and later became a drive to revive and manifest the underlying reality.

Osho
When Naropa connected to people in whom this deeper consciousness was awake,
the desire of the heart to live this freedom permanently was awakened.
In 1985, his heart’s wish guided him to the mystic Osho in Pune and he immediately resonated with his joyful and silent presence.
Denials of the true nature of existence gradually melted away.
In this universal master, all the great traditions came together and even a new spirit was added, which brought Naropa (then Gyan Saahaba) to meditation.
Meditation is being one with the true self.
What we are is not the conditioned temporary structure but the underlying consciousness.

In those years with Osho Naropa’s awareness deepened.
The seemingly separated self-awareness dissolved into Self-realization.
Naropa remained in Poona until 1994 and then integrated meditation in daily life with bringing up children and work in a trauma clinic for refugees and asylum seekers (Centrum 45).

ShantiMayi
Without searching for a spiritual master, ShantiMayi of the Sacha tradition unexpectedly came his way.
Intuitively it was realized that the realization was not yet complete and ShantiMayi could be the vehicle for the great transformation.
The path from the Self to the non-Self had not yet been completed.

Embodiment of enlightenment
This presented itself during the night of January 29, 2002 in Laxman Jhula (India) during a vipassana retreat.
The Self dissolved in ALL. This was experienced and undergone as a dying process.
No one came back on stage to claim or proclaim anything.
In a revelation, Sacha Baba of the Sacha tradition affirmed and crowned this irreversible transformation.
The effect of this shift in consciousness to the body needed time to ‘reset’ in order to become prepared at the service of Selflessness.
The enlightened consciousness had to incarnate in the human form.
The Heart ripened in silence to make itself heard.

Satsang
ShantiMayi confirmed this transformation and encouraged Naropa to offer satsang.
Since 2008 Naropa has been offering satsangs and retreats at home and abroad.
Hundreds of people come to the meetings and many experience the natural state.
Many people also get scared of the effectiveness and get away with it.
The coagulated life is irrevocably turned upside down when the true nature-
that never matches your twisted vision- presents itself.
The time for compromises and trying to feel good is definitely over.
The time to improve yourself and nourish yourself with spiritual delusions is over.
So is the time for fear and procrastination.

No Teaching, No dogma
Naropa does not proclaim any doctrine, dogma, lifestyle or cult.
He does not belong to a spiritual movement.
He is an artist who is one with the natural creative process.

Simply being with him in receptivity melts the armour of the personality and awakens the Heart.
Just as music can take you to rapture and silence, satsang brings you in connection with the essence.
Sometimes it is painful and confronting, sometimes it is effortless and joyful.
Seen from the persona it is an operation.
Seen from consciousness itself, it is a relief.

Naropa is an expression of the present time, of the Maitreya energy, of the new man.

Without using ostentation and hierarchy.
He is a friend, Sometimes a dangerous friend.
Without any spiritual frills – discouraging admiration – Life has been elevated to an art.

Naropa encourages everyone to come to inner and outer bloom.

Not according to certain guidelines, but in an original way in connection with the universal force, the dharma.

Art of experience
The blossoming of who you are and manifesting your inner code
is what makes a human being fulfilled and what is a gift to everyone.
THAT is awakened in being together in silence, with music or listening.
It brings you into the supreme truth and is therefore the most refined art form that exists.
You could call it art of experience.
Anyone, experiencing This, knows that This is the wish of existence;
to be lived and expressed by you.
This inner transformation is part of the evolution of mankind,
on the road to love, honesty, authenticity and freedom,
to the most beautiful and dignified expression of yourself.

The people who played a major role in this, in addition to the masters mentioned earlier, are:

He is also inspired by the following artists: Herman Hesse, Hundertwasser, Mikhail Naimy. 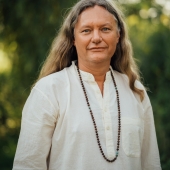 Naropa
Update Required To play the media you will need to either update your browser to a recent version or update your Flash plugin. 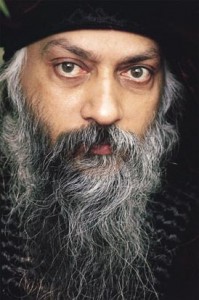 Naropa has had an intimate connection with Osho since 1985. After listening to one discourse he decided to devote his life to meditation and self inquiry. He stayed in Pune as much as possible until Osho’s passing. Naropa left the ashram in 1993 with the notion that this was his last visit. He had deeply absorbed Osho over the last 9 years. Meditation had revealed the natural witnessing consciousness. The integration and deepening of this demanded to be lived outside of the ashram. A living master is essential for a complete transformation and in Pune there were signs of an institution or church developing. No one has had more influence on the development of Naropa than Osho. 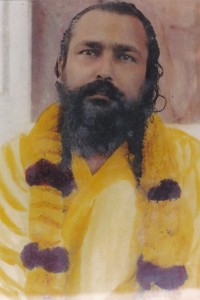 Despite experiences of enlightenment, total freedom had not yet been revealed. Without being in search for it, ShantiMayi from the Sacha tradition came on his path. One meeting was again enough to intuitively realize that this connection had the potential to dissolve the last denial of the heart. After a few years of devotion, the last shadows dissolved. Sacha Baba (in the picture) has played a crucial role in this irreversable shift. You can read more about this in the article “Absorbing presence and love”. On request of ShantiMayi, Naropa is holding meetings.

Unconditional love is the motivation of the masters of the Sacha tradition. It originated in Hinduism, but it traversed the banks of religion. What is typical of this shaktipat tradition is the diversity of expression of its masters. Their shared mission is to enable Parivartan, the shift of consciousness.

About Parivartan
Update Required To play the media you will need to either update your browser to a recent version or update your Flash plugin.
Deel: